Off roading on the road.

Some snowy working pictures from 2013, working in my works Landrover 110 Defender transporting folks to or from places where they were stuck or delivering food and other supplies to those snowed in and unable to get out. We do a lot of work for stranded motorists, and getting social service staff to care for the elderly.
The first few pictures are from last Sunday, working around Peak forest, Tidswell and the Buxton to Leek road in the peak district, to get to a farm building and as close as possible to a holiday cottage. We even delivered Whiskey to keep up moral!
Mountain Rescue and peak 4x4 volunteers also do a lot of the work. 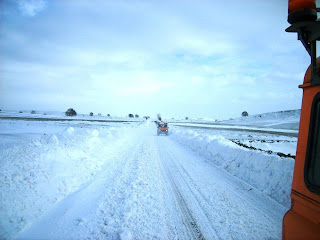 Traveling with another Landy here which happens on the more serious jobs.
Even Landrovers get stuck sometimes. 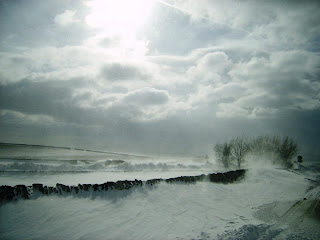 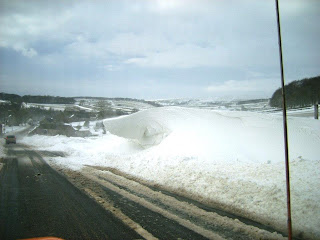 Surfs Up, I'll bring my shorts next time : ) 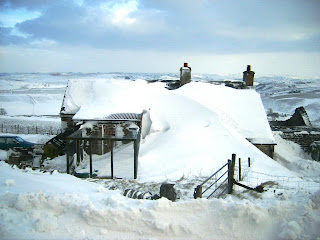 This is snowed in! Luckily the main door was on the side of the house that we delivered food to, but the heating had stopped working for ages. The resue team got the system working again before we arrived. 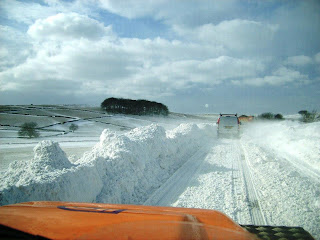 This is a main A road after the plough had been through again, two days after the worst of the snow.

These next few pictures were from January this year. I was sent with a mate to another farm in the middle of knowhere who said he had no food and was trapped in the house for several days. Unfortunetly it was a waste of time as the farmer was very well fed, had a 4x4 which he had been nipping down the village in each day to a well stocked shop, and just wanted to moan about the small road not being ploughed yet. A phone call would have been enough fella! As a last insult my mate got his landy stuck on the way back on another route and we spent ages getting him out using a Turfur winch.
Jolly good fun though : ) 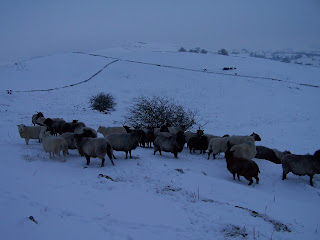 Sheep staying out the deeper sections in the valley above the farm nr Hartington in the white peak Derbyshire. 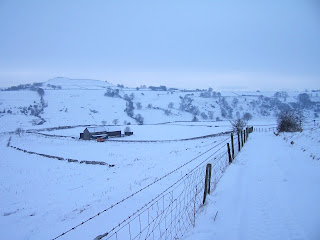 Thats him down there, he's a hardy sort of chap so I took a picture first and had a walk down, as I would'nt have got back up the track myself to be honest. 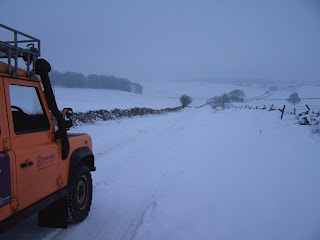 Things looking up, compacted snow going downhill to a much better road later on A515. Still some impressive drifts though and even more impressive skills of ice skating by the supermarket delivery drivers. I think Asda ones are the funnyest to watch.

Email ThisBlogThis!Share to TwitterShare to FacebookShare to Pinterest
Labels: Off road driving, Snow

After after over twelve years hard use, my splitting maul handle broke. Not bad for a cheap £15 one from a farmers store. This has done an incredible amount of work over the years splitting all my firewood for the house. My heating and hot water is produced by the wood I fell, convert and dry, so its a bit of big deal when this chap goes out of action. 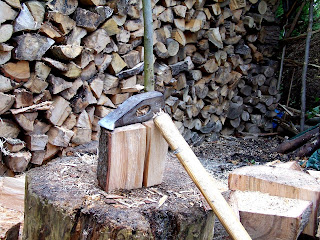 So following the same process for the axe handles, but on a larger scale using splitting wedges, Axe, and a shave horse for much of the work, I made another from some nice local Ash and wedged with Oak. 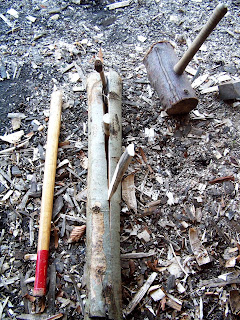 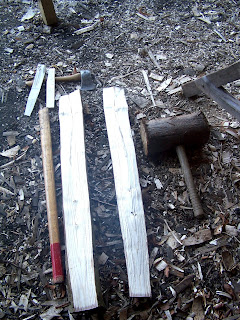 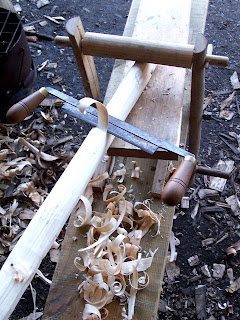 Ready to rock for hopefully another dozen years or more. 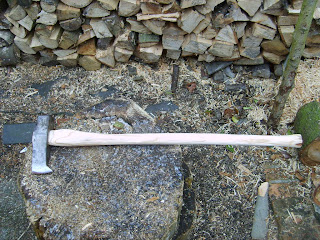